I came across the travellers whilst I was photographing a deserted warehouse in London Fields. They had parked their caravans in and around Martello St near the railway arches by the station. This part of Hackney was very run down in the eighties. The streets were littered with rubbish and many of the decaying Victorian terraces were being demolished. The area was neglected and dangerous, with graffiti everywhere.

The travellers were Irish, mostly families with three or four children, living in modern caravans which looked extremely cramped but comfortable. On the first week, I started to take one or two Polaroid shots of the children which I gave to them to show their parents. Some of the parents then dressed the children up and sent them out for me to take more portraits.

I continued to take pictures over a period of three weeks and got to know some of the travellers well. They took me into their confidence and trusted me with their children.

When I returned to the site on the fourth week the families had gone. I was surprised, though I should not have been because this is what travellers do they move on. I had no way of contacting them, yet I was left with this set of pictures, and it was only when I started to print the negatives that I realised what an amazing set of photographs they were. 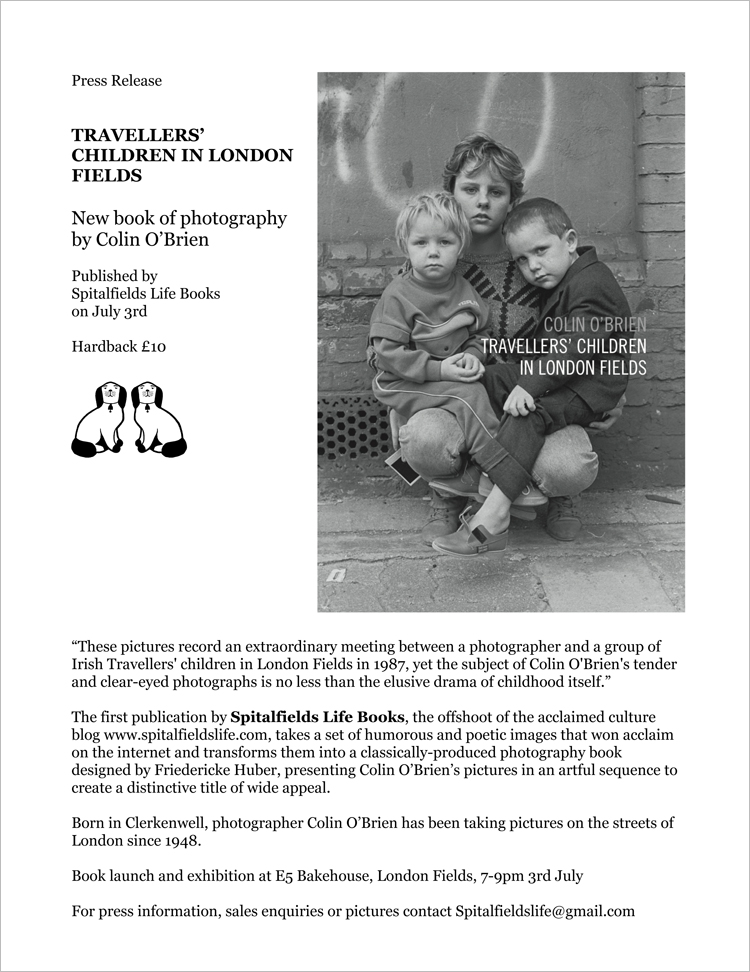