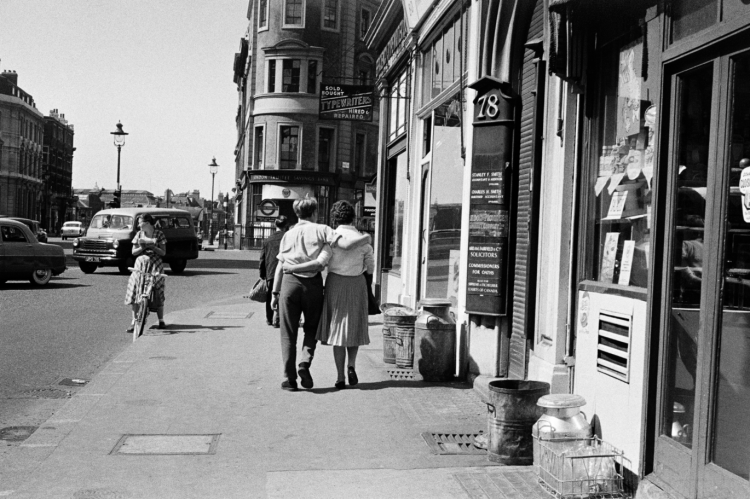 19 November 2015 - 7:30 PM
Price   £8* Concs.   £6*
Working in collaboration with Spitalfields Life, we put a new twist on an old tradition and return to the glory days of Magic Lantern Shows that were such a popular feature of the Institute in its early years. Three photographers - Colin O’Brien, Syd Shelton and Phil Maxwell - who have documented London through recent decades share their favourite pictures and tell the stories behind them, in conversation with Stefan Dickers, Bishopsgate Institute’s Library and Archives Manager.
Colin O’Brien was born in Clerkenwell in 1940 and began documenting the city and the people around him from an early age. Graduating from taking pictures of his friends with a Box Brownie at the age of eight to using a Leica as a teenager, Colin has pursued a personal photographic project of recording the drama of London life ever since. Containing more than two hundred photographs, Colin’s latest publication London Life is a social record of breathtaking scope. Join Colin for a look back through a magnificent collection of photographs from 1948 until the present day.

*A postage fee of £1 applies for sending out tickets booked online or over the telephone.